In a research report released Thursday, Wedbush analyst Michael Pachter maintained an Outperform rating on Zynga Inc (NASDAQ:ZNGA) with a $6 price target, after the company reported first-quarter results, beating its bookings guidance by a considerable amount. First-quarter bookings were $167 million, compared to Pachter’s $150 million estimate and guidance of $140 – 150 million. Second quarter guidance was also slightly above the analyst expectations.

Pachter noted, “We believe that Mr. Mattrick put a solid structure in place that will allow Zynga to succeed, but acknowledge that the change in leadership, focus, and perhaps sense of urgency brought on by Mr. Pincus may end up accelerating Zynga’s return to profitability.”

“Zynga is likely to remain a “show me” story until the company actually demonstrates that it can grow bookings. Q1 results suggest that things aren’t as dire as they once seemed, and the company’s decisive cost cutting measures show us that Mr. Pincus is not taking his responsibility lightly. We believe that patient investors will be handsomely rewarded as the Zynga story plays out over the balance of the year.”, the analyst added. 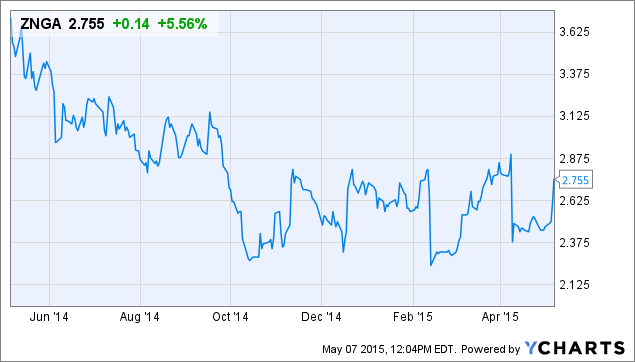