In a research report published yesterday, Roth Capital analyst Joseph Pantginis reiterated a Buy rating on Galena Biopharma Inc (NASDAQ:GALE) with an $8.00 price target, after the small-cap biopharmaceutical announced the launch of Zuplenz in the US. Zuplenz is a treatment option for patients suffering from nausea and vomiting due to chemotherapy, radiation treatments, and surgical procedures.

Pantginis wrote, “We expect a modest contribution to revenue from Zuplenz upon launch. We base this from tracking previous Zuplenz sales and we expect the launch to be followed by gradual uptake supported by strong marketing efforts on GALE’s part. Recall that the company stated it will not use the voucher program which accompanied Abstral’s launch but instead will use a co-pay assistance program and physicians samples. From tracking Abstral sales, we continue to see volatility, which is reflected in Galena’s quarterly reports.”

“We reiterate our investment thesis stating that investors should focus on pipeline clinical developments and view Abstral and Zuplenz revenue as cash flow to support ongoing R&D efforts to advance GALE’s clinical assets. Our valuation puts the biggest emphasis on GALE’s clinical stage assets, particularly NeuVax. Recall that a major catalyst expected for NeuVax is the first interim safety/futility analysis of PRESENT at 70 events estimated to occur in late 2015 or early 2016.”, the analyst added.

Out of the 8 analysts polled by TipRanks, 5 rate Galena Biopharma stock a Buy, 2 rate the stock a Hold and 1 recommends Sell. With a return potential of 178.8%, the stock’s consensus target price stands at $4.60. 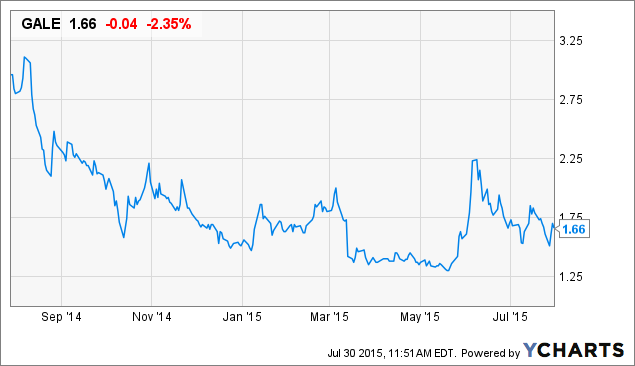