In a research report published Friday, Roth Capital analyst Scott Henry reiterated a Buy rating on shares of Titan Pharmaceuticals, Inc. (OTCMKTS:TTNP), while raising the price target to $1.50 (from $1.25) which represents a potential upside of 84% from where the stock is currently trading. The increased price target comes in response to the recent positive phase 3 data on Probuphine (reported in June 2015). The analyst estimates 85% to eventual approval of Probuphine.

Henry wrote, “The driver for our increased price target is a positive adjustment to our approval probability for Probuphine post a positive phase 3 data readout. Probuphine is a 6 month implant for the long-term maintenance treatment of opioid addiction (details on the data in the body of this report). Upping probability of Probuphine approval to 85% from 70%.”

The analyst concluded, “We continue to view shares as undervalued, and we believe that upcoming catalysts could revalue shares higher.”

The 2 analysts polled by TipRanks rate Titan Pharmaceuticals stock a Buy. With a return potential of 38%, the stock’s consensus target price stands at $1.13. 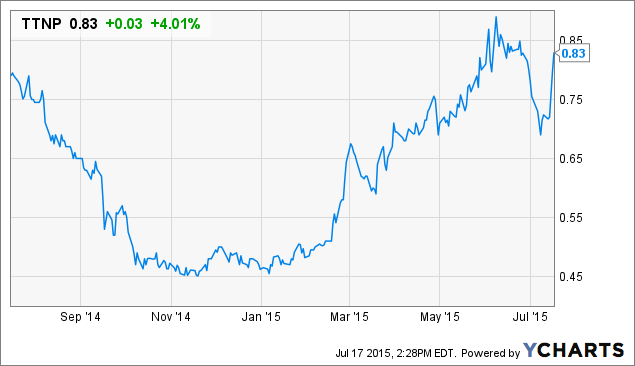