RBC Capital analyst Mark Mahaney came out with a favorable report on Netflix, Inc. (NASDAQ:NFLX), raising the price target from $125 to $140, while reiterating an Outperform rating on the stock. The new price target represents a potential upside of 38% from where the stock is currently trading. The analyst reasserted NFLX as one of his Top ‘Net Longs, due to positive U.S., UK and Brazil survey results.

Mahaney noted, “We ran our 16th quarterly 1,000+ U.S. Internet User survey. Key findings: 1) 49% of respondents use Netflix to watch Movies and TV shows – slight slippage from the 50% we tracked in May, but the 2nd highest level ever, with YouTube higher (50%), followed by Amazon (25%); 2) 68% of current subs are “Extremely satisfied” or “Very satisfied” – also slight slippage from May, but the 2nd highest level ever; & 3) Churn rates remain near record lows – only 5% of current subs are “Extremely likely” or “Very likely” to cancel their subscriptions, the 2nd lowest level recorded.”

Out of the 42 analysts polled by TipRanks, 30 rate Netflix stock a Buy, 9 rate the stock a Hold and 3 recommend Sell. With a return potential of 470%, the stock’s consensus target price stands at $578.75. 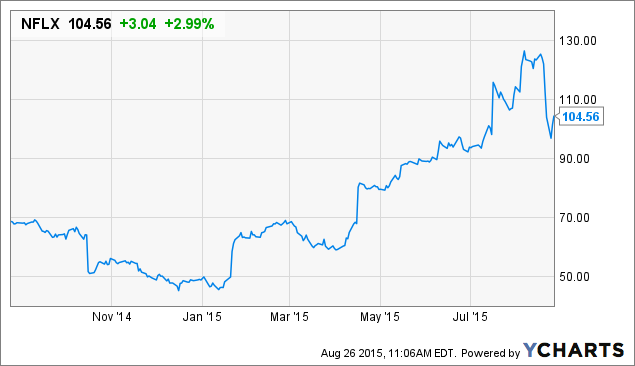