In a research report published today, Piper Jaffray analyst Gene Munster offered some commentary on Amazon.com, Inc. (NASDAQ:AMZN) in response to lapping the 2014 AWS price cuts and to Oracle’s recent comments on entering the Infrastructure-as-a-Service (IaaS) market. Munster maintained an Overweight rating on the stock with a price target of $520.00. Shares of AMZN are currently trading at $440.10, down $0.74, or -0.17%.

Munster wrote, “While we do expect further price cuts as cloud computing costs decrease, we do not believe the future market share winners of cloud storage, computing, and software competition will be based primarily on price. We see developer addiction, customer relationships, ease of use and entrenched IT systems as playing a large role in decision making, which we believe creates a strong moat for AWS.”

“We believe AWS has an opportunity to move up the cloud stack to applications and leverage its existing base of AWS IaaS/PaaS 1M + users. AWS dipped its toes into the SaaS pool earlier this year when it expanded its offerings to include an email management program and we believe it will continue to extend its expertise to other offerings. We do not believe that this optionality is baked into investors’ outlook for AWS.” the analyst concluded.

Out of the 39 analysts polled by TipRanks, 26 rate Amazon stock a Buy, while 13 rate the stock a Hold. With a downside potential of 0.2%, the stock’s consensus target price stands at $439.27. 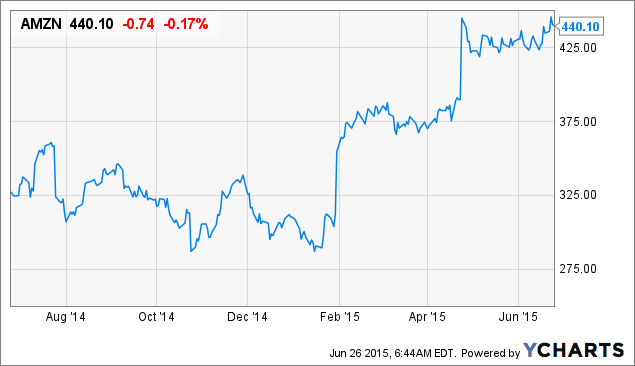