In a research report issued today, Piper Jaffray analyst Joshua Schimmer maintained an Overweight rating on bluebird bio Inc (NASDAQ:BLUE), and raised the price target to $213 (from $186), which implies an upside of nearly 14% from current levels.

The increased price target comes after the company released positive data from its ongoing Phase 1/2 HGB-205 study of LentiGlobin, as part of an abstract for the upcoming European Hematologic Association’s annual meeting in Vienna, Austria.

Schimmer noted, “Last week, we reviewed the EHA abstract for BLUE’s LentiGlobin for treatment of Sickle Cell Disease. We highlighted our thinking in a note and have since had a chance to discuss the program with management. Our confidence that BLUE is well on its way to curing a meaningful percent of Sickle Cell Disease patients has increased, and as such we are loweirng our discount rate from 11% to 10.5%. Our new PT is $213 vs prior $186. BLUE remains a top mid-cap pick and we see plenty of room for upside as our estimates may still prove quite conservative.”

Bottom line: “Given our improved understanding of the unique circumstance in which a patient wouldn’t have a good response to LentiGlobin, we are increasing our likelihood of success and our lower discount rate drives our PT change.” 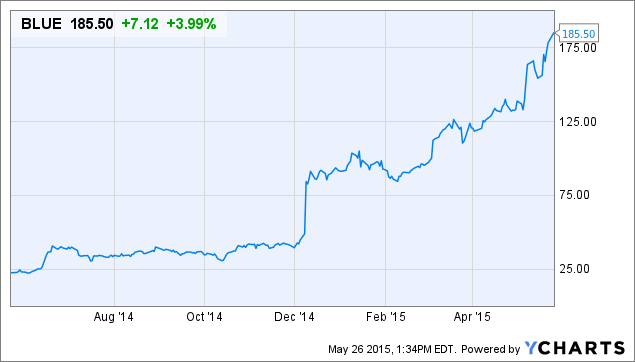