In a research report issued today, Cantor analyst Caroline Corner maintained a Buy rating on Organovo Holdings Inc (NYSE:ONVO) and raised the price target to $6.00 (from $5.00), which implies an upside of 15% from current levels. The increased price target comes in response to the company’s earnings results which were released last week.

Corner noted, “Organovo Holdings held an earnings call last week reiterating its previously announced revenue numbers, and offering a bit more color about early adoption. Recall that those 4Q:15 revenues of $0.3M were in line with our estimate, which we were pleased to see. In the earnings release, the company also revealed total contract bookings to date, much of which will be reported as future quarter revenue. We are impressed with the progress to date and have raised our revenue estimates slightly to account for recent performance.”

However, Organovo shares are trading down 7.31% in after-market trading, after the company announced that it has commenced an underwritten public offering of shares of its common stock. 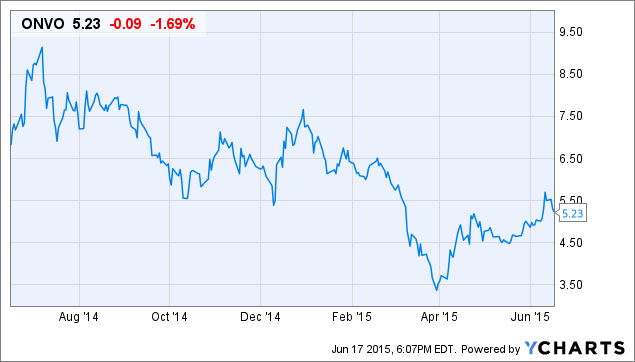