Canaccord Genuity analyst Michael Walkley came out today with a favorable report on Skyworks Solutions Inc (NASDAQ:SWKS), after hosting an investor meetings with Don Palette, Skyworks’ VP and Chief Financial Officer. The analyst reiterated a Buy rating on the stock, while raising the price target to $130 (from $108), which represents a potential upside of 19% from where the stock is currently trading.

Walkley noted, “We believe Skyworks is well positioned to generate at least 15% plus year-over-year sales growth with expanding margins through F2017. We believe Skyworks strong portfolio of integrated solutions increases Skyworks’ opportunity to bid for an increasing number of design wins for the fast growing RFIC market and should enable Skyworks to capture RF $-content share in the LTE smartphone market.” 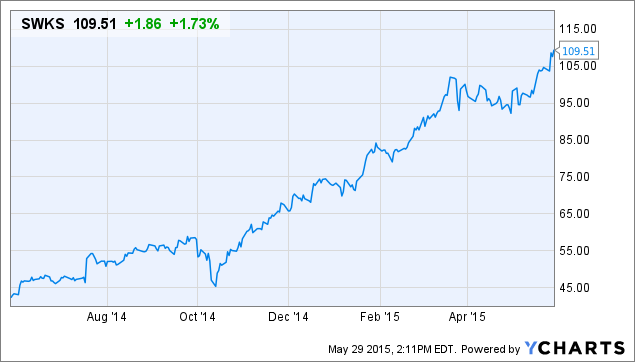