Canaccord Genuity analyst Michael Graham has high hopes for Glu Mobile Inc. (NASDAQ:GLUU), raising the price target to $8.00 (from $6.50), while maintaining a Buy rating on the stock. The increased price target comes after the company blew consensus estimates when it reported its first-quarter earnings. With Glu Mobile shares last trading at $6.89, Graham’s price target implies potential upside of about 16%.

Graham noted, “Glu management has executed extremely well over the past year, and Q1 was no exception. The company added a third mega-star (Britney Spears) to its roster of reality stars and raised ~$125M from Asian gaming giant Tencent. In addition, Glu has another dozen games set to launch in 2015, and we believe they hold decent potential for upside to bookings guidance.”

Furthermore, “With estimates that are still reasonable and an increasingly strong game pipeline, we believe the near-term risk profile for Glu is as low as it has been in the past several years. We look forward to the May 14 analyst day for more insight regarding how the team is thinking about long-term growth and profitability.” 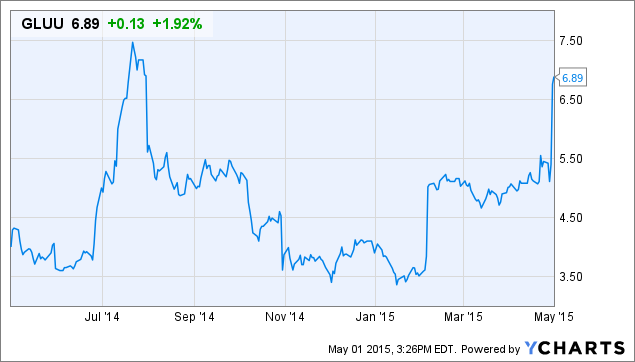