In a research report released yesterday, Canaccord Genuity analyst Matt Ramsay reiterated a Buy rating on Ambarella Inc (NASDAQ:AMBA) and raised the price target to $120 (from $115), which implies an upside of 15% from current levels. The analyst increased his price target as he believes that Ambarella’s investments in video analytics algorithms and encoding expertise will drive significant value and differentiation.

Ramsay wrote, “We maintain our belief Ambarella’s portfolio of highly differentiated application-specific video encode, compression, and analytics processors positions the company for strong sales and earnings growth as HD and UltraHD video capture and compression become increasingly important across several consumer and enterprise markets. In fact, with continued strong growth of core sports and enterprise security cameras and new growth of home security, wearable, automotive, and drone cameras (which we analyze in this note in our newly introduced detailed revenue estimates by end market), we believe growth will remain strong through F’17 and upside is likely to our Street-high revenue estimates. Finally, we believe Ambarella’s investments in video analytics, including the VisLab acquisition for automotive markets, will prove undervalued long term.”

Out of the 13 analysts polled by TipRanks, 8 rate Ambarella stock a Buy, while 5 rate the stock a Hold. With a downside potential of 11%, the stock’s consensus target price stands at $92.88. 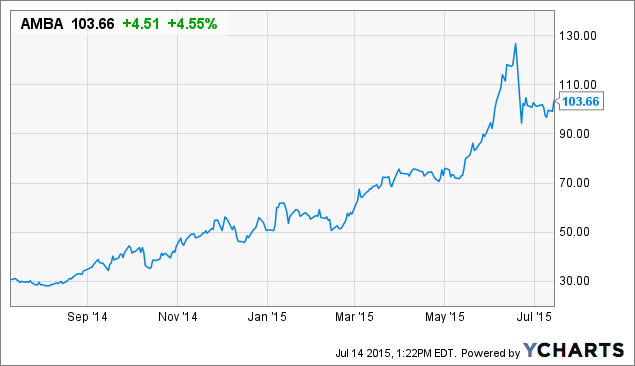