Here’s Why Brean Capital Reiterated a Buy on Facebook Inc

Brean Capital analyst Sarah Hindlian weighed in with a favorable report on Facebook Inc (NASDAQ:FB) following a deep dive on the company’s early stages of monetization of its Owned & Operated mobile applications, such as Instagram, WhatsApp, and Messenger. The analyst reiterated a Buy rating on the stock, and raised the price target from $100 to $108, which implies an upside of 33.2% from current levels.

Hindlian noted, “Instagram’s recent decision to open its platform to a broader set of advertisers and provide better targeting tools will come in the form of a slow and steady ramp starting in late FY’15 and expanding in FY’16 to both Branded and Direct Response advertisers.”

The analyst also observed  “We believe the co. is building a “network effect” [with Whatsapp] and seeking to have substantial user scale before enforcing fee based monetization. We therefore do NOT include WhatsApp in our model, but offer several potential user-fee driven monetization analyses.”

Out of the 47 analysts polled by TipRanks, 43 rate Facebook stock a Buy, 3 rate the stock a Hold, whereas only 1 recommends a Sell. With a return potential of 19.02%, the stock’s consensus target price stands at $96.48. 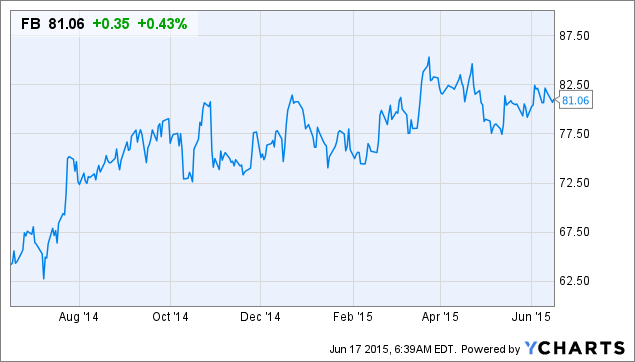