Twitter Inc (NYSE:TWTR) price target has been reduced at Brean Capital by research analyst Sarah Hindlian from $55 to $47, which implies an upside of 47% from current levels. The decreased price comes ahead of the company’s second-quarter results, which will be reported after market close on Tuesday, July 28. Hindlian has trimmed her second quarter revenues to $472.2 million from 477.2 million. The analyst rates the stock a Hold.

Hindlian explained, “We recognize that Twitter is in a transitional period, which can make it a difficult stock for investors to want to own and increases the short-term risk. However, we believe this is a valuable asset that is still nascent, despite the Street having gotten well ahead of Madison Avenue. We expect Twitter to report numbers in line with reiterated guidance and are modeling ~0mn sequential net adds to MAUs ex. SMS Fast in Q2’15.”

Furthermore, the analyst noted, “We maintain our Buy rating, although our time horizon has been pushed out, which is reflected in our lowered Target Price of $47. However, we remain constructive on event-driven advertising opportunities (e.g. Project Lightning) and believe that the company is still in the early innings of a long game, one that we do not anticipate will be linear in nature but will yield positive results.”

Out of the 40 analysts polled by TipRanks, 25 rate Twitter Inc stock a Hold, while 15 rate the stock a Buy. With a return potential of 35.7%, the stock’s consensus target price stands at $49.56. 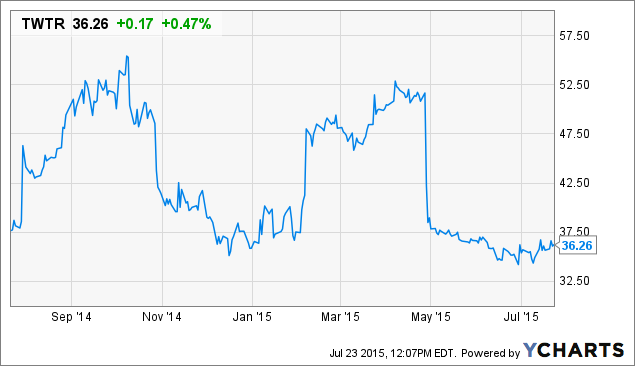