Here’s What To Look For In AbbVie Inc (ABBV) Heading Into Earnings: Evercore ISI

Evercore ISI analyst Mark Schoenebaum weighed in today with his views on AbbVie Inc (NYSE:ABBV), as the company is scheduled to report its second-quarter earnings results on Friday, July 24, before the market opens and host a conference call at 9 am ET. The analyst rates AbbVie stock a Buy with a price target of $70.

Schoenebaum stated, “We expect that the focus of ABBV’s 2Q call will center on the digestion of PCYC, the acquisition of which ABBV closed on May 26. As a result, we expect investors will look for updated FY 2015 guidance, and management’s updated thoughts on the possibility of an analyst meeting in the summer/fall time frame. In addition, a key focus for investors on the call will be 2Q Imbruvica sales.”

Furthermore, “We believe that JNJ’s recently reported 2Q US Imbruvica revenue of $89 M translates to roughly ~$238 M in US net sales – this number appears roughly in-line with what IMS TRx appear to be tracking (2Q US net sales of ~$235-240 M), as well as current consensus (caveat that we don’t have a clear consensus for 2Q due to ABBV/PCYC transaction).”

Out of the 13 analysts polled by TipRanks, 9 rate AbbVie stock a Buy, 3 rate the stock a Hold and 1 recommends to Sell. With a return potential of 3.4%, the stock’s consensus target price stands at $72.82. 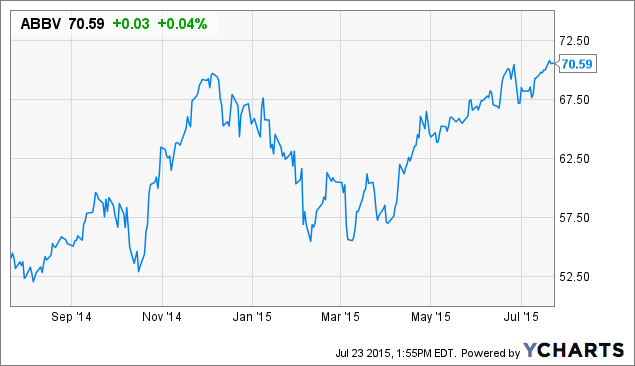