FBR Capital analyst Daniel Ives weighed in today with a few insights on Apple Inc. (NASDAQ:AAPL), as the tech giant will hold its Worldwide Developers Conference (WWDC) from June 8 to June 12 in San Francisco. The analyst maintained an Outperform rating on Apple shares with a price target of $185, which implies an upside of 42% from current levels. Daniel Ives expects a number of announcements at the conference with the possibility for expanded streaming TV services and more Apple Watch apps/ updates front and center, while a look into potential improvements (e.g., split-screen apps viewing for iPad, enhanced security, etc.) for the iOS/OS X could also be in store.

Ives wrote. “We anticipate that Apple Watch apps will be a focal point, with a backlog of orders adding to increased interest on the developer front (we estimate 20 million units will be shipped in CY15) and the potential for a native Watch developer kit adding another possible catalyst for more apps on the device over the coming quarters. Similar to the iPhone/iPad road to success, we expect that gaining solid developer traction for the Watch remains a key focus for management as use cases will be driven by the thousands of apps available for the device.”

Coupled with the possibility of early hints around an iPhone 7 or a new iPad, the analyst believes the event could also include a “sneak preview” of other potential longer-term Apple projects such as: (1) augmented reality, which, combined with wearables, could be the next major paradigm of consumer technology, in his view; (2) a one-stop-shop Apple TV console (apps, video, music); and (3) automotive-related solutions.

Bottom line: “While Apple remains laser-focused on strong iPhone 6/China growth in the near term, we believe next week’s event will offer investors a glimpse into Apple’s crystal ball of next-generation product ideas to further expand its consumer tentacles over the coming years. With the recently announced promotion of visionary Jonathan Ive to the executive level (chief design officer), we believe Apple has the right people in place to execute as a leader in the devices and services space.”

According to TipRanks.com, which measures analysts’ and bloggers’ success rate based on how their calls perform, analyst Daniel Ives has a total average return of 9.7% and a 67.9% success rate. Ives has a 2.3% average return when recommending AAPL, and is ranked #357 out of 3610 analysts. 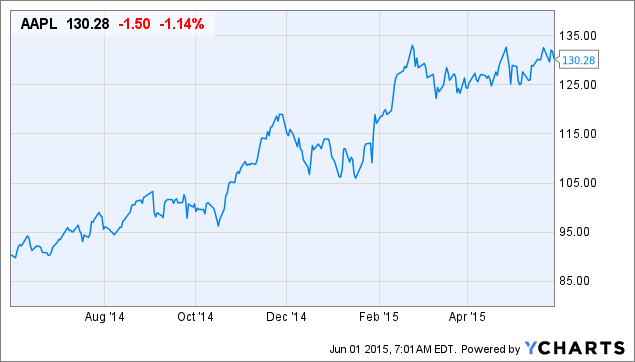