Here’s What Investors Will Be Looking for in Gilead Sciences, Inc. (GILDׁ) Earnings: Evercore ISI

Gilead Sciences, Inc. (NASDAQ:GILD) is scheduled to report its second-quarter earnings after the bell on Tuesday and investors, first and foremost, will be looking for HepC revenues and guidance for potential sales in the rest of 2015 in context of competitive dynamics after AbbVie Inc (NYSE:ABBV)’s launch of Viekira-Pak in December.

Subsequently, Evercore ISI analyst Mark Schoenebaum weighed in today with his views on GILD ahead of the earnings release. The analyst rates the stock a Buy with a price target of $115, which represents a slight upside potential from current levels.

Schoenebaum wrote, “IMS scripts for Gilead’s HepC Harvoni/Sovaldi started relatively slow decline after peaking at the end of the 1st quarter but still are well above the previous peak of Sovaldi scripts in 2014. Investors will also be interested in the latest estimates on number of patients expected to be treated in the US this year, as ABBV commented on their 2Q call that they have seen US HepC patient volumes declining and may eventually stabilize around 175-180K genotype-1 patients on an annualized basis”.

The analyst continued, “The actual reported US sales will also be important in understanding to what extend new discounts resulting from PBM contracts started to be applied this quarter and if additional discounting could be expected before the end of the year. In addition, investors will be listening on additional color regarding ex-US (European as well as Japanese) sales of HepC drugs, as a potential beat OUS might be a positive surprise this quarter and HepC sales outside the US could become a major source of future growth for the franchise.”

Out of the 20 analysts polled by TipRanks, 18 rate Gilead Sciences stock a Buy, 1 rates the stock a Hold and 1 recommends to Sell. With a return potential of 12%, the stock’s consensus target price stands at $123.35. 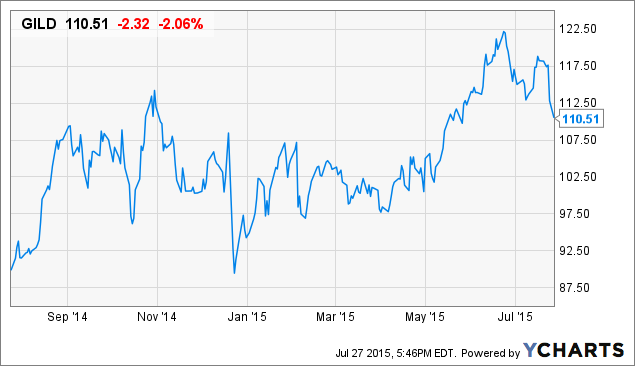