Canaccord Genuity analyst Michael Graham weighed in with his thoughts on Pandora Media Inc (NYSE:P), as listener metrics and ad load suggest that the first quarter is shaping up to be in line or better for the company. The analyst rates the stock a Buy with a $28.00 price target, which implies an upside of 70% from current levels.

Graham noted, "We believe Pandora's Q1 results are trending towards being in line or better relative to our forecast for listener hours (+3.8% sequentially) and advertising revenue (-21% sequentially). Meanwhile, our listener sampling for March showed consistency for Pandora’s ad load. Audio ads remained strong despite the expected drop-off in retail advertisers in Q1 due to the seasonal effect of tax service advertisers as well as an increasing number of ads from startups. We believe all of the data we have compiled are supportive of a solid Q1, which would likely be positive for the stock after Q4's revenue miss and a generally negative environment for sentiment given the "CRB overhang." 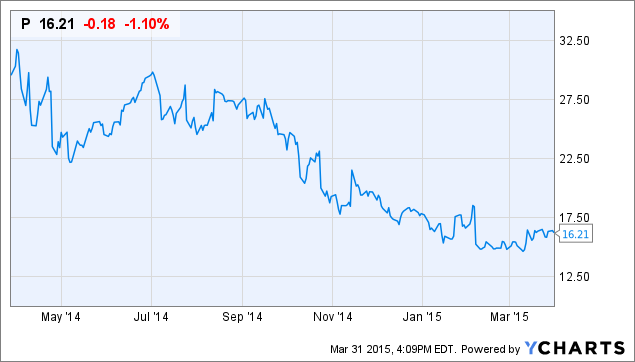