After arguing previously that it’s hard-pressed to see why Facebook Inc (NASDAQ:FB) would buy Yelp Inc (NYSE:YELP), given that both are organically replicating the review aspect and other features of Yelp’s business model, Axiom analyst Victor Anthony is weighing in again with another reason.

Anthony wrote, “According to an article from Grub Street, Facebook is piloting a new feature that will show critic reviews for select restaurants across America. For instance, when a user searches for a restaurants on Facebook, they will see reviews from Facebook users along with reviews from New York, Bon Appetit, Conde Nast Traveler, Eater, and the San Francisco Chronicle. With this addition, Facebook is clearly looking to bolster its reviews of small business service establishments in direct competition to Yelp.”

Bottom line: “Yelp could very well find a buyer; however, we believe both Facebook and Google are unlikely to buy Yelp.”

The analyst maintained a Hold rating on Yelp Inc shares with a price target of $43, which represents a slight downside potential from current levels. 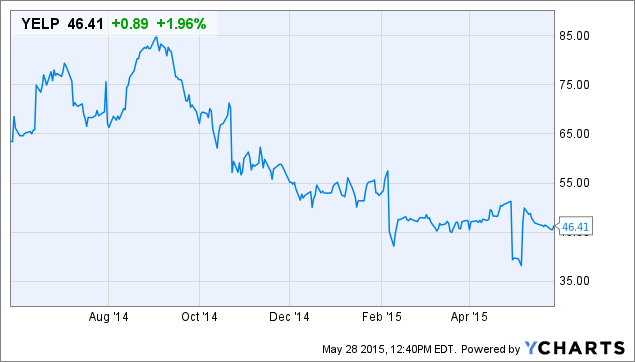