In a research report released yesterday, HC Wainwright analyst Andrew Fein reiterated a Buy rating on United Therapeutics Corp. (UTHR) and raised his price target to $150 (from $120) following the company’s 2Q14 earnings where the company reported a revenue of $322.8 million.

Fein wrote, “On the tail of strong execution to date, and management’s commitment to continuing to create value for shareholders by whatever means available, we expect UTHR shares to perform well in 2H14. Additionally, and importantly, we highlight the following observation: (1) we believe there is an ongoing uptick in the average dose of IV Remodulin per patient, which may begin to contribute materially to quarterly sales with increasing depth of phenomenon; (2) with the Sandoz litigation saga likely coming to an end in the next month, we believe that consensus has to mostly reflected the worst case scenario (generic entry in 2014-2015), allowing upside from any incremental positives in the ruling; (3) in August, UTHR will kick off its biggest- yet share buyback program, with $500M authorized for the next year; (4) Orenitram sales are likely to surpass consensus based on emerging TID dosing boosting average price per patient”. 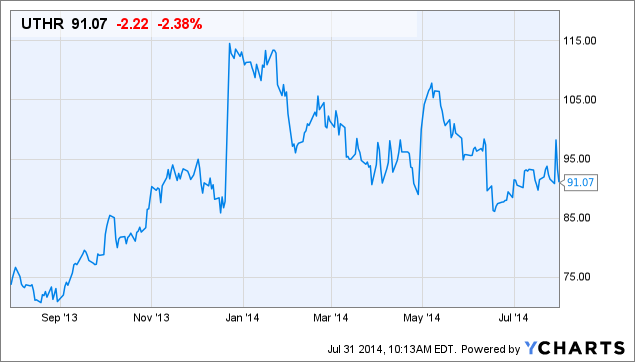