In reaction to the announcements, HC Wainwright analyst Reni Benjamin reiterated a Buy rating on CLSN with an $8 price target, which represents a potential upside of 130.5% upside from where the stock is currently trading.

Benjamin wrote, “Going forward, we view the ThermoDox platform with cautious optimism given the previously reported HEAT Phase 3 trial results. However, with the acquisition of EGEN which added a new focus of immuno-oncology and a nucleic acid delivery platform, as well as approximately $53.8 MM in cash for clinical development, we believe Celsion represents an undervalued player with significant upside for the long-term, risk-tolerant investor”. 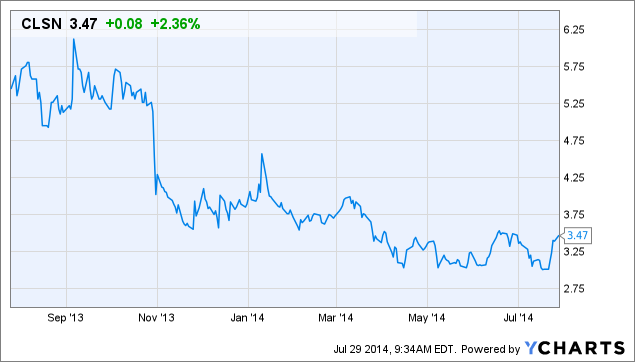