Roth Capital analyst John M. White reiterated a Buy rating on shares of Halcon Resources Corporation (NYSE:HK) with a price target of $14, after the oil and gas exploration firm announced that it has entered into a purchase and sale agreement with a private operator to acquire 20,748 net acres in the Southern Delaware Basin (Pecos County Assets) for $705 million. In addition, Halcon has entered into an option agreement to purchase an additional 15,040 net acres in Ward County, Texas from a private operator for $11,000/ acre.

White noted, “We view the acquisitions, based on the available information, as attractive, with a price of about $20,000/acre, adjusted for PDP reserves and assuming the Ward County Option is exercised, as lower than many of the recently announced Delaware Basin transactions. A significant percentage of the Pecos County Assets have been de-risked by recent drilling on and around the acreage, primarily in the Wolfcamp A formation. Attractive property characteristics include ~85% average working interest and ~90% of the properties are operated by the seller.”

“The properties covered under the Ward County Option have, in our view, less well control and offset production as compared to the Pecos County Assets, and thus, we conclude, in our view, the rationale for an option agreement,” the analyst added.

Out of the 7 analysts polled in the past 12 months, 3 rate Halcon stock a Buy, 3 rate the stock a Hold and 1 recommends a Sell. With a return potential of 25.5%, the stock’s consensus target price stands at $12. 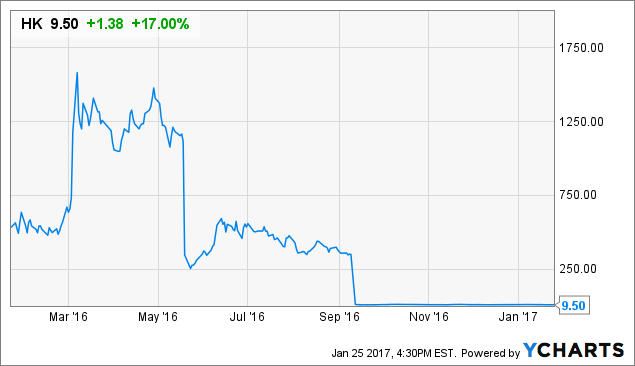