H.C. Wainwright’s healthcare analyst Ching-Yi Lin weighed in today with his views on Celladon Corp (NASDAQ:CLDN), after the clinical-stage biotechnology company announced that its Board of Directors unanimously approved a strategic plan along with a change in management as a result of its failed CUPID 2 trial in late April. The analyst reiterated a Neutral rating on Celladon shares, without suggesting a price target.

Yi Lin noted, “Given that the company’s stock has been stalled awaiting a strategic plan, we view this announcement as a positive step as the Board puts forth a process of rebuilding its business and obtaining a clinical development program.” Furthermore, “We like the appointment of Paul Cleveland as the CEO and see him as a natural successor to lead Celladon into a new chapter. Since June 2014, Mr. Cleveland served as the President and CFO of Celladon and has a background working with biotech companies. Specifically, in his 30 year career, he has served as a corporate lawyer, investment banker, venture capitalist, and biotechnology executive.

“Separately, the company ended 1Q15 with $70.6M on its balance sheet—enough cash for the company to be selective about its plan to build its portfolio, in our opinion. With management and cash in place, we see a smooth transition and look forward to announcements of its business development activities, yet we reiterate our Neutral rating.”, the analyst added.

According to TipRanks.com, which measures analysts’ and bloggers’ success rate based on how their calls perform, analyst Ching-Yi Lin has a total average return of -28.6% and a 33.3% success rate. Lin has a -85.0% average return when recommending CLDN, and is ranked #3384 out of 3610 analysts. 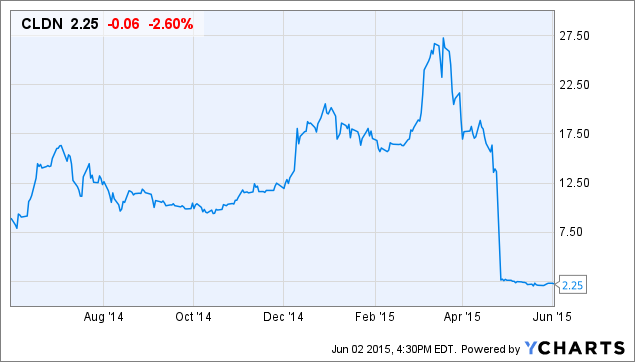