Vical Incorporated (NASDAQ:VICL) shares are tumbling 42.85% to $0.81 after the company reported disappointing top-line data from its Phase 1/2 HSV-2 vaccine program. In response, analysts from H.C. Wainwright and Roth Capital offered opposing insights on the stock.

Wainwright analyst Mark Breidenbach came out with a research report today, reiterating a Buy rating on the stock with a $2.50 price target, which represents a potential upside of 231% from where the stock is currently trading.

Breidenbach noted, “Although we are not currently ascribing value to the HSV program, we retain cautious optimism that a planned nine-month analysis could show a benefit in clinically meaningful endpoints including reduction in genital lesions and recurrence rates. In our opinion, Vical’s partnered CMV vaccine program, which addresses a serious unmet need in immunosuppressed transplant patients, remains the primary value driver for the company. With a newly licensed anti-fungal asset, a big pharma partner in Astellas, and a pro forma cash position of approximately $42.7M (which we estimate could fund operations into 2017), we believe Vical remains an attractive player with potential upside for long-term, risk-tolerant investors.”

According to TipRanks.com, which measures analysts’ and bloggers’ success rate based on how their calls perform, analyst Mark Breidenbach has a total average return of -0.4% and a 33.3% success rate. Breidenbach is ranked #2726 out of 3640 analysts.

Roth Capital analyst Debjit Chattopadhyay weighed in with a more negative stance on the company, downgrading the stock to Neutral and slashing the price target from $4.65 to $1.65.

Chattopadhyay commented, “Phase I/II study in patients with HSV-2 raised more fundamental questions about the platform technology including: Delivery and the combination of adjuvant and antigens. The next value creating event would be the readout from its ongoing CMV vaccine in SOT in collaboration with Astellas Pharma, which is not expected until 2H16. Given the abject failure of the HSV-2 vaccine and the lack of near-term catalyst, we are moving to the sidelines and lowering target.” 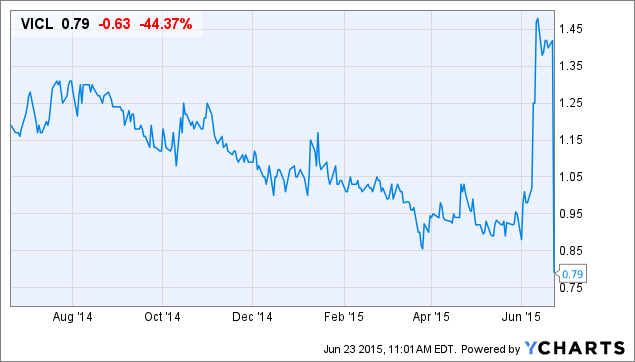