H.C. Wainwright’s healthcare analyst Swayampakula Ramakanth weighed in today with his views on Advaxis, Inc. (NASDAQ:ADXS), after the company announced that the FDA has placed a clinical hold on all four ongoing clinical studies of its experimental cancer drug after a patient died.

Ramakanth wrote, “The clinical hold was issued in response to a safety report filed by the company involving one patient who had previously enrolled in an investigator-sponsored study in 2013. Prior to her death earlier this year, the patient had tested positive for Listeria monocytogenes (Lm) in her blood. According to both the lead investigator of the study and Advaxis’ investigation, the patient’s death was caused by respiratory failure due to metastatic disease and was not related to the Lm. However, we believe that the FDA has ordered the clinical hold as a precautionary measure due to the high mortality rate associated with Lm infections, and has requested additional information regarding this event.”

“While we await the FDA’s recommendations for resolving the clinical hold, we believe that potential modifications to the studies may include: 1) excluding patients with prosthetic implants from enrolling in the studies; 2) increasing the course of antibiotics following each vaccine dose; and 3) conducting additional patient screens to ensure that Lm is no longer detectable. We do not anticipate these modifications to have any impact on the clinical outcomes of the studies,” the analyst added.

Ramakanth reiterated a Buy rating on Advaxis shares, with a price target of $30, which implies an upside of 195% from current levels.

As of this writing, all the 4 analysts polled by TipRanks rate Advaxis stock a Buy. With a return potential of 207%, the stock’s consensus target price stands at $31.25. 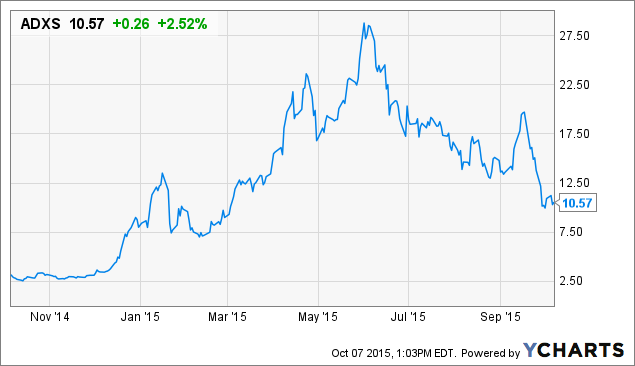