H.C. Wainwright analyst Ching-Yi Lin came out today with a research report on Celladon Corp (NASDAQ:CLDN) after the company officially announced that it plans to suspend MYDICAR and its other developmental programs, and as such, is laying off its R&D employees in an effort to preserve its remaining cash.

Though the analyst had already expected the company to terminate its MYDICAR program in light of its failed results, last week’s news made this step official. Lin points out that the company’s Board of Directors had approved a process of seeking a merger or sale, which would include sale of some or all of its assets or distribution of the remaining cash to shareholders. Additionally, the company stated that if it could not identify an appropriate merger or sale, then it would expect to have cash of $25-30 million 3Q15 for distribution to shareholders, an amount that is less than half of its reported cash of $70.5 million 1Q15. Given these assumptions, Lin expects the company to distribute approximately $1.00-1.20 per share in the case of liquidation.

The analyst reiterated a Neutral rating on the stock, without providing a price target.

According to TipRanks.com, which measures analysts’ and bloggers’ success rate based on how their calls perform, analyst Ching-Yi Lin has a total average return of -22.9% and a 25.0% success rate. Lin has a -85.0% average return when recommending CLDN, and is ranked #3434 out of 3681 analysts. 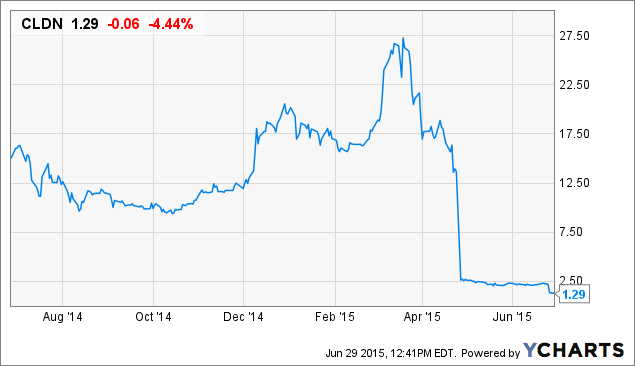