H.C. Wainwright Reiterates Buy On Spectrum On The Heels Of Phase 3 Plans For SPI-2012

Benjamin noted, “We view this decision as great news for the company and investors alike as management targets to chip away at Amgen’s (NASDAQ:AMGN) lucrative $3.5 billion (US Sales in 2013) franchise. With a solid portfolio of diverse revenue generating assets, the potential for a new FDA approval every year from one of the late stage assets in the pipeline, and a cash position of approximately $110 MM (pro forma), we believe Spectrum represents an undervalued player with significant upside for the long-term investor.”

The analyst added, “With successful Phase 2 results achieved, Spectrum hopes to begin Phase 3 registrational trials in 2015 after meeting with the FDA to discuss study designs before year-end. We speculate the registration strategy will likely involve two non-inferiority Phase 3 trials (approximately 300-patients each). If successfully initiated, we believe the studies could take 18 months to complete enrollment and report topline results. Given what we expect should be a standard review, SPI-2012 could be on the market in 2H17. The worldwide commercial opportunity for neutropenia is over $6 billion and patents on Neulasta in the US and EU are due to expire in 2015. Although multiple “biosimiliars” are poised to enter the market, a lack of a clear registration pathway in the US and lackluster sales of generic filgrastim in the EU may provide a window of opportunity which Spectrum is well-positioned to exploit in the near-future.” 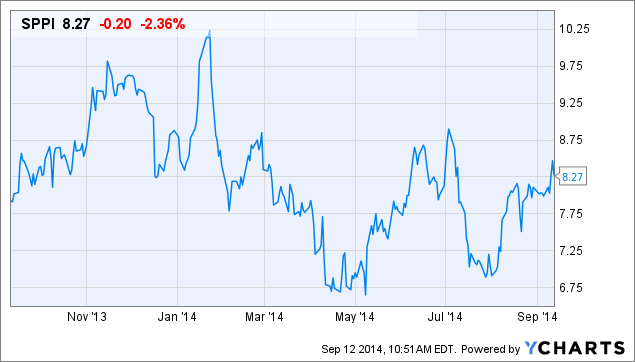