The analyst noted, “The company has three Phase 2 clinical studies on going with the potential to report preliminary data in hypertrophic scarring and earlobe keloids over the next 4-6 months. With a strong proprietary platform technology focused on anti-scarring and ophthalmologic applications, a de-risked lead asset with the potential to enter multiple therapeutic areas, and a cash position of $11.9 MM, we believe RXi Pharmaceuticals represents an undervalued player with significant upside for the longterm investor.”

Benjamin continued, “With the acquisition of the OPKO Healthportfolio, RXi is exploring RNAi as a therapeutic strategy in proliferative vitreoretinopathy (PVR) and potentially expanding to other retinopathies. In May, RXi recently reported the effects of RXI-109 in the eyes of cynomolgus monkeys. Following intravitreal injections of RXI-109, CTGF protein levels decreased in a dose-dependent manner in both retinas and corneas. In our opinion, these results highlight the potential of the company’s nascent ophthalmology program.” 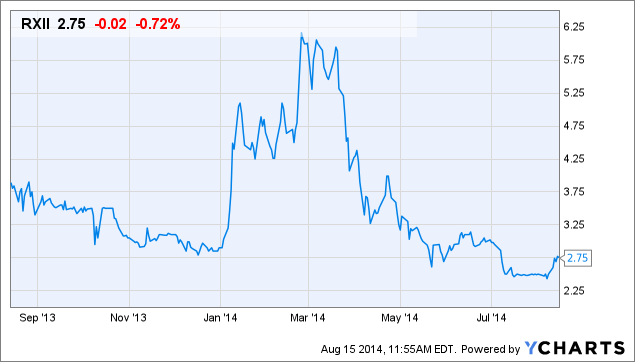