Breidenbach wrote, “We believe Pluristem’s recent $17M financing gives the company operational flexibility to initiate the planned CLI trials with or without ex-US partnerships in place. Given the company’s versatile cell therapy platform technology, history of forging partnerships to offset developmental costs, and a manufacturing process that has been validated for pivotal trials by the FDA and other regulatory agencies, we believe the company represents an attractive player in the regenmed space with upside for the long-term investor.”

Furthermore, “Pluristem plans to conduct two Phase 2 trials for CLI under the Accelerated Pathway for Regenerative Therapy in Japan and the Adaptive Pathway in the EU. PLXPAD has already been accepted into Europe’s Adaptive Pathways project, and recently the Japanese PMDA granted safety clearance for the manufacture of PLX-PAD cell lines, a key pre-requisite for overall approval of the Japanese clinical study. We believe the EU and Japanese trials are both slated to begin in late 2015 or early 2016, subsequent to protocol approval. We believe Pluristem’s cardiovascular programs remain the primary value drivers and that Pluristem may announce a new CLI partnership this year.”

According to TipRanks.com, which measures analysts’ and bloggers’ success rate based on how their calls perform, analyst Mark Breidenbach has a total average return of -13.1% and a 37.5% success rate. Breidenbach is ranked #3319 out of 3755 analysts.

Out of the 4 analysts polled by TipRanks, 3 rate Pluristem Therapeutics stock a Buy, while 1 rates the stock a Hold. With a return potential of 150%, the stock’s consensus target price stands at $5.25. 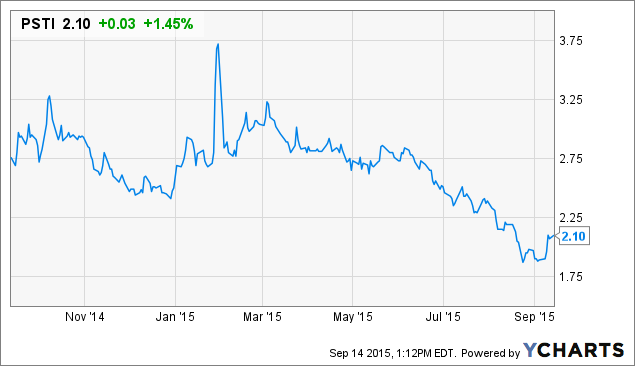