In a research report released today, H.C. Wainwright Reni Benjamin reiterated a Buy rating on Keryx Biopharma (NASDAQ:KERX) with a $19 price target, following the release of the company’s third-quarter results.

Benjamin wrote, “In September, Keryx obtained US approval of its phosphate binder Ferric Citrate. Although investors initially took a negative view to the negotiated label, we believe that the published Phase 3 results which highlight lower ESA and IV iron use for those patients on Ferric Citrate is likely to drive future drug uptake. We continue to believe the company is on track for a successful US launch, with sales revenues expected to begin early 2015, we are refining our estimates to take into account a 6-12 month time to inclusion in formularies as well as the implementation of assistance programs. With $118.4 MM in cash and cash equivalents, a 60- person sales force to market Ferric Citrate in place, and royalties from Japanese partner JT Torii, we believe shares of Keryx remain undervalued.” 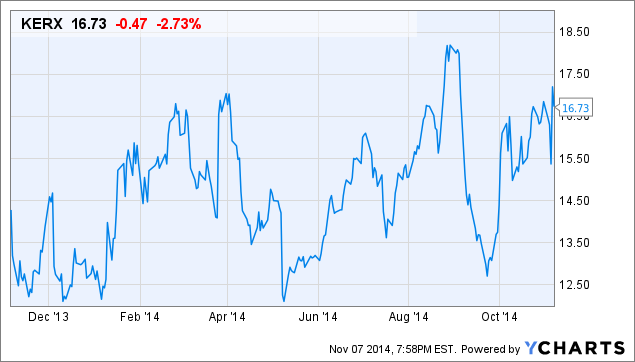