In a research report sent to investors today, H.C. Wainwright analyst Reni Benjamin reiterated a Buy rating on Keryx Biopharmaceuticals (NASDAQ:KERX) with a $19 price target, as the company hosted a KOL forum in which several prominent nephrologists discussed factors that differentiate Auryxia from other phosphate binders.

Benjamin noted, “The panel articulated long-term health and pharmacoeconomic benefits associated with the targeted reduction of serum phosphate as well as other factors that appear to be a differentiating compared to the standard of care. Based on the feedback from yesterday’s meeting, we believe the company is on track for a successful US launch, with sales revenues expected to begin early 2015.”

The analyst added, “With $118.4 MM in cash and cash equivalents, a 60-person sales force to market Auryxia in place, and royalties from Japanese partner JT Torii, we believe shares of Keryx remain undervalued.” 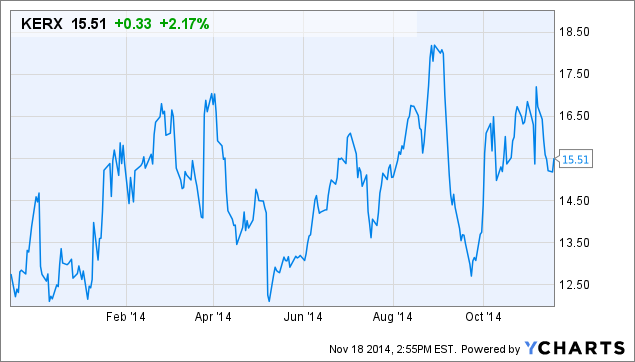