In a research note released today, H.C. Wainwright analyst Andrew Fein reiterated a Buy rating on Insmed Inc. (NASDAQ:INSM) with a $30 price target, which represents a 111% upside from where the stock is currently trading.

Fein wrote, “Despite the recent back-to-back reversals in development guidance (in Aug, the company guided to an additional pivotal study and sNDA in treatment- naïve NTM), we applaud management’s return to the orphan course for Arikayce in the US, which we have always regarded as the primary way to maximize investor value.”

The analyst continued, “In the US, we now model for Arikayce launch in refractory NTM (10% of all NTM patients) in 2017. We highlight that depending on the ultimate definition of ‘treatment failure’ (currently used to define the pending study), the label population may be incrementally larger.” The analyst added, “In the EU, we now model for Arikayce launch in CF and refractory NTM in 2016. For NTM, we assume a base case scenario where the EMA grants marketing authorization in just the study population submitted, with any additional use in the larger treatment-naïve population as upside.”

According to TipRanks.com, which measures analysts’ and bloggers’ success rate based on how their calls perform, analyst Andrew Fein has a total average return of 5.8% and a 37.1% success rate. Fein has a -4.3% average return when recommending INSM, and is ranked #1148 out of 3382 analysts. 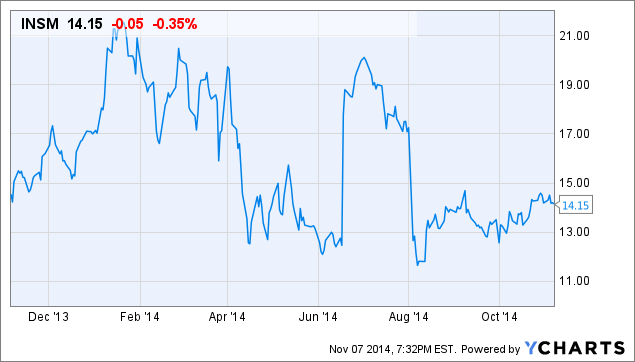