Benjamin wrote, “We view this announcement as good news for shareholders as the Company remains on track for delivering the PERSIST-1 trial data by 1Q15, a well as a welcome, non-dilutive influx of cash into CTI’s coffers. Importantly, Pacritinib is being evaluated in two Phase 3 trials, PERSIST-1 and PERSIST-2, with the potential for a market approval in 2016. With a solid portfolio of late- stage assets, multiple near-term drivers including top-line Phase 3 PERSIST-1 trial data by 1Q15, and a cash position of $51 MM, we believe CTI BioPharma remains undervalued with significant upside for the long-term investor”.

According to TipRanks, which measures analysts and bloggers success rate based on how their calls perform, analyst Reni Benjamin currently has a one-year average return of 5.8% and a 45% success rate. Benjamin has a 0% average profit recommending CTIC, and he is ranked #1381 out of 3152 analysts. 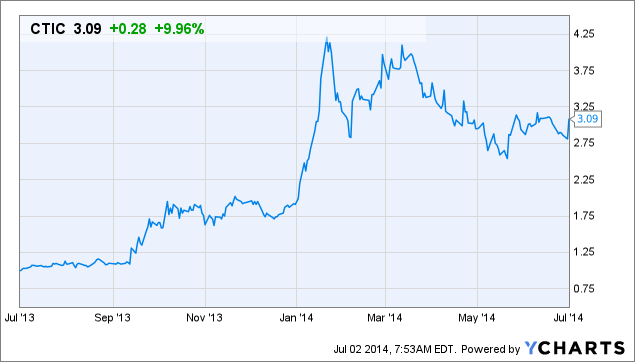