Benjamin noted, “In 3Q14, the company presented positive results from the Phase 1 portion of the ongoing ALLSTAR trial of CAP-1002. Additionally, Capricor announced its plans to develop cenderitide in post-acute heart failure in collaboration with Insulet Corporation (PODD; not rated). With a cell therapy platform focused in the cardiac arena, a recent move into the Duchenne’s Muscular Dystrophy (DMD) space, Janssen Pharmaceuticals as a potential partner (potential opt-in upon positive 6-month results from the Phase 2 portion of the ALLSTAR trial), and a cash position of $10.1 MM (plus $3.7 MM in restricted cash), we believe Capricor represents an undervalued player with significant upside for the long-term investor.” 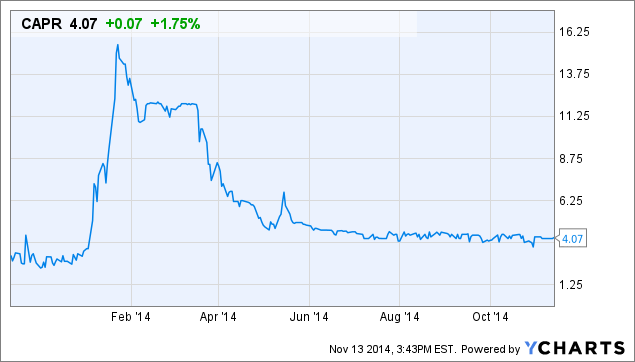