According to TipRanks.com, which measures analysts and bloggers success rate based on how their calls perform, analyst Reni Benjamin currently has a one-year average return of 3.2% and a 48% success rate. Benjamin has a -8% average profit recommending AGEN, and is ranked #1575 out of 3222 analysts. 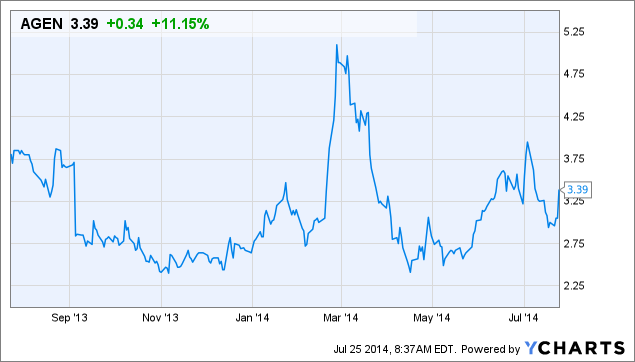