In a research report released Monday, H.C. Wainwright analyst Ed Arce reiterated a Buy rating on shares of AcelRx Pharmaceuticals Inc (NASDAQ:ACRX) with a $8.50 price target, after the company announced positive top-line results of ARX-04 across the primary and all secondary endpoints of a pivotal Phase 3 study (SAP301) of the short-term treatment of patients with moderate-to-severe acute pain following ambulatory abdominal surgery. The analyst has raised his projected likelihood of approval for ARX-04 to 70% from 60%

Furthermore, “Later this month, AcelRx expects to initiate an open-label Phase 3 safety study (SAP302) of ARX-04 in emergency room (ER) patients (NCT02447848).While we expect this study may further elucidate ARX-04’s rapid-acting profile, we note that this study principally serves to reach the minimum cumulative number of ARX-04 study patients for the patient safety database, as required by the FDA. AcelRx has requested a pre-NDA meeting with the FDA by year end, and we continue to expect the NDA filing of ARX-04 by mid-2016.” 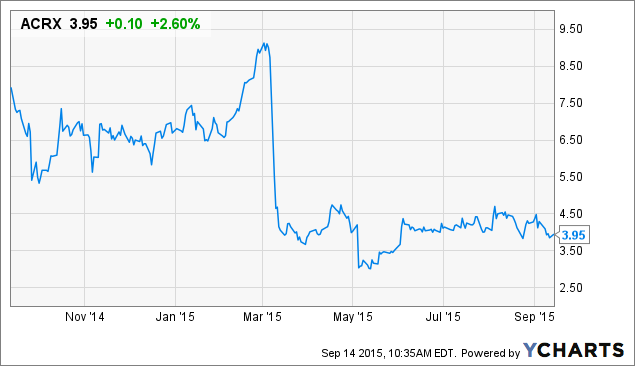