In a research report issued today, H.C. Wainwright analyst Swayampakula Ramakanth reiterated a Buy rating on Edap Tms SA (ADR) (NASDAQ:EDAP) with a $4.50 price target, after the company released its 2014 financial results, posting revenues of €26.8 million, compared to Ramakanth's estimate of €29.9 million, and a net loss of €512,000, compared to Ramakanth's estimate of a €2.0M loss.

Furthermore, "Management recently announced its intent to file a Direct De Novo 510(K) application following recent discussions with the US Food and Drug Administration. Though the company has not disclosed the time line, we believe the application could be filed in 2H15. According to the FDA, the average review time is 120 days. We anticipate that the FDA could make a decision on this application before the end of 2016. At present, we are not assuming any U.S.-based revenues from HIFU devices." 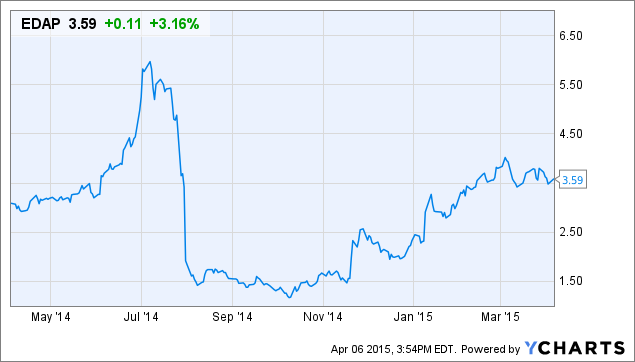