Benjamin wrote, “Cesca reported service-related revenues of $3.8 MM, in line with our estimate of $4.1 MM. The company reported a net loss of ($2.9) MM or ($0.08) per share. Total R&D expenses were $1.1 MM, surpassing our estimate of $776,000 for the quarter. G&A expenditures were $2.5 MM, exceeding our estimate of $2.0 MM, as the company makes preparations to launch a pivotal trial of the SurgWerks-CLI program. Recently, Cesca raised $10.1 MM in net proceeds, which in combination with its existing cash, should fund ongoing and future clinical trials. In our opinion, the company has sufficient resources to fund operations until mid-2015.”

The analyst continued, “As one of the only fully integrated regenerative medicine companies, Cesca has expanded beyond devices and tools, a revenue generating business with annual sales of $16 MM, to develop therapies for patients with critical limb ischemia (CLI), acute myocardial infarctions (AMI), and patients who require hematopoietic stem cell transplants. Utilizing its own custom GMP compliant CRO, Cesca has the potential to expand into multiple late-stage clinical trials with a primary focus on the cardiovascular market. With a solid portfolio of diverse assets and a cash position of $14.8 MM, we believe Cesca represents an undervalued player with significant upside for the long-term investor.” Benjamin added, “In July, Cesca announced the FDA granted the Company’s SurgWerks-CLI program Investigational Device Exemption (IDE) status. Utilizing minimally manipulated autologous cells, Cesca is able to occupy a regulatory “sweet spot” by seeking marketing approval via an investigational drug exemption or IDE PMA process versus the more burdensome biological licensing process. We expect the trial to enroll between 180-218 Rutherford 5 CLI patients, and that enrollment may take between six and eight months to complete, potentially initiating in early 2015. While the study lacks a placebo control, an active standard-of-care (SOC) comparator arm will be included. Management indicates the two study arms are expected to have an absolute difference of 32% in primary endpoint, amputation-free survival rate (AFSR) at 12 months. We believe the outcome of this study will be a key driver of value for shareholders.” 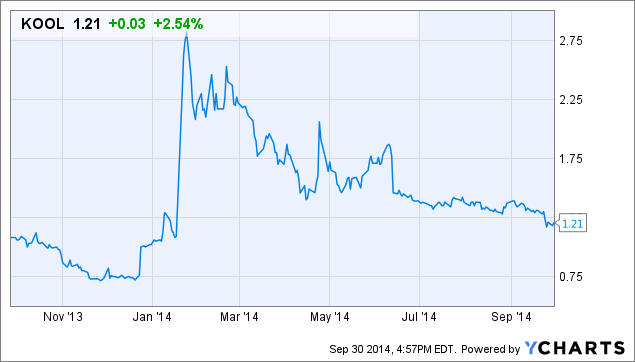