H.C. Wainwright analyst Joseph Pantginis was out pounding the table on shares of Rexahn Pharmaceuticals, Inc. (NYSEMKT:RNN), reiterating a Buy rating and introducing new split-adjusted target of $19.50 (based on adjusted fully diluted share count; previous was $2).

Pantginis wrote, “Core to our thesis on Rexahn has been the transition from early stage studies to meaningful clinical data readouts this year. This is based on what we consider to be well thought out clinical studies (two-stage studies with embedded efficacy hurdles in order to move to the next stage). First up is the first data snapshot from the RX-3117 Phase 2a study in advanced muscle invasive bladder cancer at ASCO in June. We expect the data to come from the first 10 patients from stage 1 of the study, which has an efficacy hurdle to surpass prior to moving to the 40 patient stage 2 expansion cohort. While the hurdle is undisclosed, we believe it is likely similar to that in the pancreatic program with ‘3117 (>1 PR or CR). We project that the hurdle should be met (on or about ASCO) and the expansion likely begun soon thereafter. Data from the ongoing Phase 2a in metastatic pancreatic is expected in mid-2017, and the Phase 2a in first-line pancreatic (combo with Abraxane) is expected start shortly. Recall the metastatic study previously met its stage 1 hurdle and is currently enrolling the 40 patient expansion cohort.” 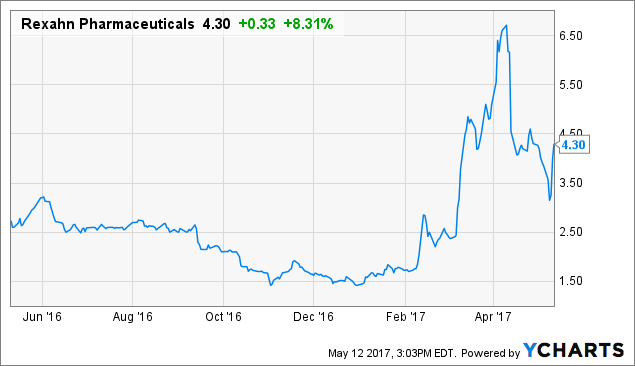