H.C. Wainwright analyst Reni Benjamin was out pounding the table on OXiGENE Inc (NASDAQ:OXGN) Theusday, reiterating a Buy rating and price target of $6, which represents a potential upside of 317% from where the stock is currently trading.

Benjamin noted, "OXiGENE’s lead drug candidate, Zybrestat (fosbretabulin), is a vascular disrupting agent (VDA) which demonstrated statistically significant results in a Phase 2, GOG-conducted ovarian cancer study in combination with Avastin. With guidance from the FDA regarding a planned Phase 3 trial in Pt-resistant ovarian cancer expected in 2Q15, new data from several ongoing clinical trials expected in the next 12 months, the potential for a corporate partnership, and $37 MM in cash (pro forma), we believe OXiGENE represents an undervalued player with significant upside for the long-term investor." 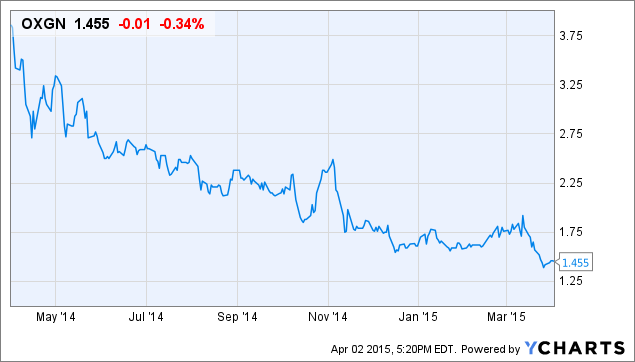