In a research report issued Friday, H.C. Wainwright analyst Yi Chen reiterated a Buy rating on NeoStem Inc (NASDAQ:NBS) with a $6 price target, after the company announced a $17.7 million grant from the California Institute of Regenerative Medicine to fund the company’s current pivotal melanoma trial. However, the market was not convinced as NeoStem shares are trading nearly 6 percent down.

Chen noted, “We believe this grant is likely to be received by NeoStem over a period of time and help fund a significant portion of the trial, which is estimated to cost $45-50M. The Phase 3 trial has been granted SPA, fast track, and Orphan Drug Designation by the FDA, and has started enrolling patients since April 2015.”

“We view the grant as a notable endorsement of NeoStem’s novel and personalized skin cancer immunotherapy that specifically targets cancer stem cells. In the wake of this update, we reiterate our Buy rating”, the analyst added.

According to TipRanks.com, which measures analysts’ and bloggers’ success rate based on how their calls perform, analyst Yi Chen has a total average return of 8.8% and a 72.7% success rate. Chen has an -34.0% average return when recommending NBS, and is ranked #1526 out of 3607 analysts. 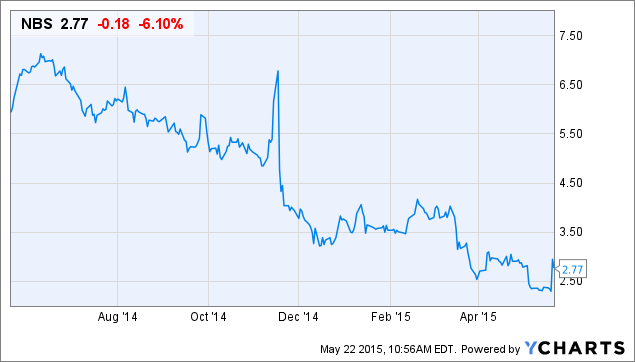