In a research report issued this morning, H.C. Wainwright analyst Swayampakula Ramakanth maintained a Buy rating on Mela Sciences (NASAQ:MELA) with a price target of $4.50, following the release of the company’s third-quarter results.

Ramakanth wrote, “Management stated that most of the revenues resulted from sales of MelaFind and only a small portion came from user fees and leases. Note, as the current management started adopting a new strategy of achieving sales-based revenues and have not entered into any new lease agreements, the percentage of lease-driven revenues has been declining. We believe that by the end of 1H15, nearly all of the revenues could be from sales. Additionally, with management planning to introduce a new cheaper version of MelaFind during 1H15 and potential approval of the CPT (Current Procedural Terminology) code in 2H15, we expect to see a gradual increase in revenues during 2015.” The analyst added, “We expect the following: 1) data from ongoing reader studies (4Q14/1Q15); 2) publications regarding MelaFind utility (4Q14/1Q15); 3) launch of next-generation MelaFind (1H15); and 4) receipt of CPT code (2H15 ).” 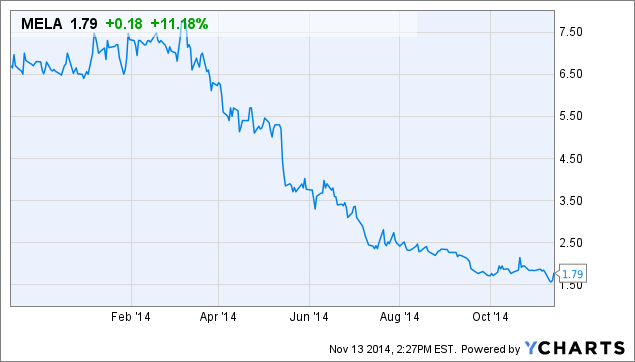