In a research report published Wednesday, H.C. Wainwright analyst Amit Dayal reiterated a Buy rating on shares of Second Sight Medical Products Inc (NASDAQ:EYES), with a price target of $16, after the medical device maker announced that it had successfully implanted and activated a wireless visual cortical stimulator in a human subject.

Dayal commented, “Though the study did not include the external camera and glasses that form the complete Orion I system, we believe that demonstrating the safety of directly implanting a stimulator in the visual cortex of a human is a significant step for the company toward developing the Orion I system.”

The analyst continued, “We expect the company to follow this up with a pivotal clinical trial for approval in global markets. If EYES is successful in bringing its Orion I system to the market, there should be an opportunity for the company to significantly increase its TAM […] We are estimating that the company should be able to implant the product in less than ten patients by the end of 2018. We are conservatively projecting the cumulative number of implants to reach nearly 750 by 2023, with implantation rate of 200-300 annually after 2022-2023.”

According to TipRanks.com, which measures analysts’ and bloggers’ success rate based on how their calls perform, analyst Amit Dayal has a yearly average loss of 13.4% and a 31% success rate. Dayal has a 59.4% average loss when recommending EYES, and is ranked #3897 out of 4197 analysts. 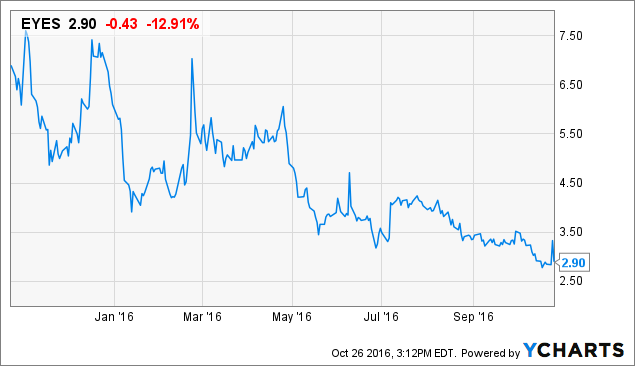