H.C. Wainwright analyst Amit Dayal weighed in today with his opinion on Ekso Bionics Holding (OTCBB:EKSO), after a negative article on the company by an anonymous author called The Pump Stopper was released yesterday. Some of the key issues the author raised include 1) Adam Gottbetter’s involvement with the company; 2) The company’s relationship with Lockheed and Boston Dynamics and; 3) an SEC investigation.

Dayal wrote, “Based on our investigation and conversations with management we believe Adam Gottbetter’s role was limited to being the provider of the shell company that EKSO reverse merged into and he was never an insider at EKSO. It appears that he no longer even owns any shares of the company. EKSO maintains that it has performed work for Boston Dynamics in the past in relation to a DARPA project but currently has no ongoing project with them.”

Furthermore, “EKSO has been a provider of IP to Lockheed in relation to FORTIS and investors should not confuse this with EKSO building these products for Lockheed. We also believe Lockheed owns 3M shares of EKSO. The company is not aware of any SEC investigation in relation to them. We believe the company would be obligated to file an 8K if there was an investigation underway.”

The analyst maintained a Buy rating on Ekso Bionics shares, with a $3 price target, which represents a potential upside of 127% from where the stock is currently trading.

According to TipRanks.com, which measures analysts’ and bloggers’ success rate based on how their calls perform, analyst Amit Dayal has a total average return of -27.8% and a 22.2% success rate. Dayal is ranked #3541 out of 3610 analysts. 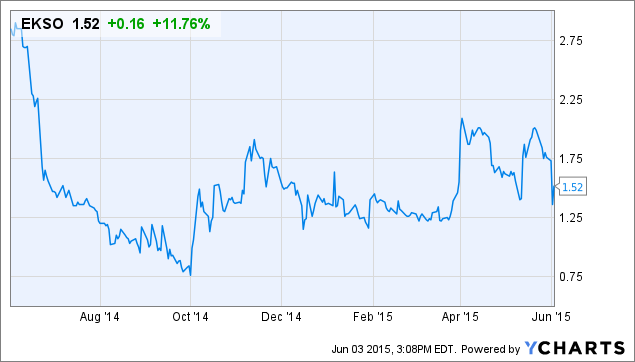