H.C. Wainwright Comments On Vertex Pharmaceuticals As CF Foundation Cashes Out On Kalydeco

In a research report released today, H.C. Wainwright analyst Andrew Fein maintained a Neutral rating on Vertex Pharmaceuticals Incorporated (NASDAQ:VRTX) with an $85 price target, which represents a potential downside of 25% from where the stock is currently trading. The report follows the news that the Cystic Fibrosis Foundation will sell royalties it gets from Vertex for $3.3 billion to Royalty Pharma, taking a profit from charitable investments made to fight the fatal lung disease.

Fein noted, “We believe that the transaction likely includes at least royalties for Kalydeco, VX-809, and VX-661. Firstly, we believe that it is virtually impossible to reverse plot the assumptions leading to the deal price tag, since we have no insight into the nature and structure of the royalty agreements for the different assets. While we acknowledge that the deal tag is impressively large, we do not believe that it can be used reliably to estimate the Foundation’s internal discounted valuation of drug sales. The royalty sale does however have more subjective implications for the relationship between the Foundation and Vertex in a crowding CF landscape.”

The analyst added, “We believe that by severing ties to the Vertex royalty stream, the Foundation is seemingly in a position to grow more objective (and free of conflict) when it comes to financing new drugs/approaches. We highlight that the Foundation did not just announce news of the transaction; rather, the transaction was featured in a communication announcing the unprecedented expansion and acceleration [sic] of the Foundation’s research programs. This new attitude, now combined with an absolutely massive checkbook, ought to advance new developments in CF and foster greater competition for Vertex.”

According to TipRanks.com, which measures analysts’ and bloggers’ success rate based on how their calls perform, analyst Andrew Fein has a total average return of 6.2% and a 32.5% success rate. Fein has a 30.7% average return when recommending VRTX, and is ranked #1083 out of 3377 analysts. 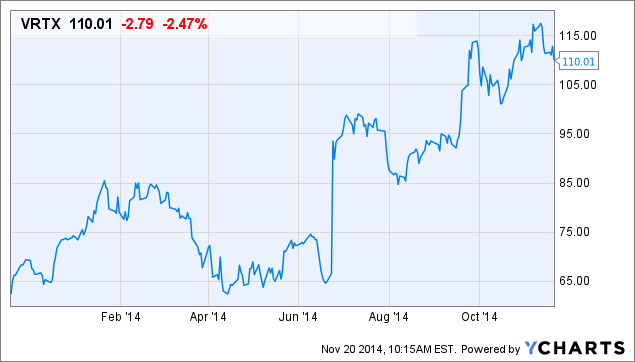