H.C. Wainwright Boosts Price Target For Ariad Pharmaceuticals On The Back Of 4Q14 Iclusig Sales

In a research report released on Monday, H.C. Wainwright analyst Reni Benjamin reiterated a Buy rating on Ariad Pharmaceuticals, Inc. (NASDAQ:ARIA) and raised the price target to $10 (from $8), based on a revenue and earnings per share multiples analysis in combination with a NPV analysis. The new price target represents a potential upside of 25% from where the stock is currently trading.

Benjamin explained, “After a sluggish third quarter, 4Q14 WW Iclusig sales exceeded our projections, prompting us to revise our price target. With $352.7 MM in cash and cash equivalents, (including a recent $50 MM milestone payment from Bellicum Pharmaceuticals Inc (NASDAQ:BLCM), accelerating Iclusig sales expected in the US and Europe, and an increasing appetite among acquirers for marketed products, we believe shares of Ariad are undervalued and represent upside to the risk-tolerant, long-term investor.”

Additionally, “Following a 4Q14 favorable ruling from European regulators that effectively preserves the Iclusig label and a new commercialization agreement in Europe and Asia, we believe Iclusig is poised for increased WW market penetration.” 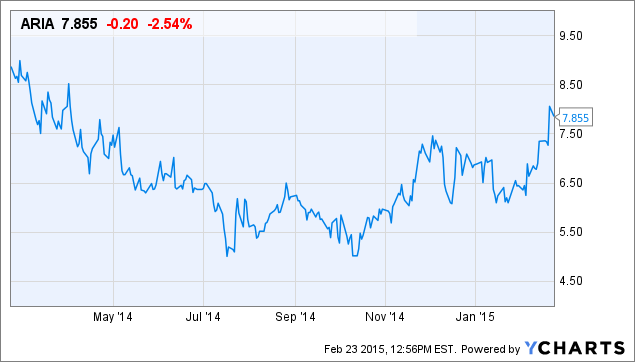