GT Advanced: Too Many “What-Ifs” Keep Us On The Sideline, Says UBS

In a research note published today, UBS analyst Stephen Chin maintained a Neutral rating on GT Advanced Technologies (NASDAQ:GTAT) following the company’s second-quarter results, and lowered his price target to $17 (from $22) to reflect some of the inherent near term challenges of ramping a new sapphire factory and the highly back-end loaded nature of 2014 sales.

According to TipRanks.com, which measures analysts’ and bloggers’ success rate based on how their calls perform, analyst Stephen Chin has a total average return of 20.3% and a 81.0% success rate. Chin has a 20.3% average return when recommending GTAT, and is ranked #157 out of 3263 analysts. 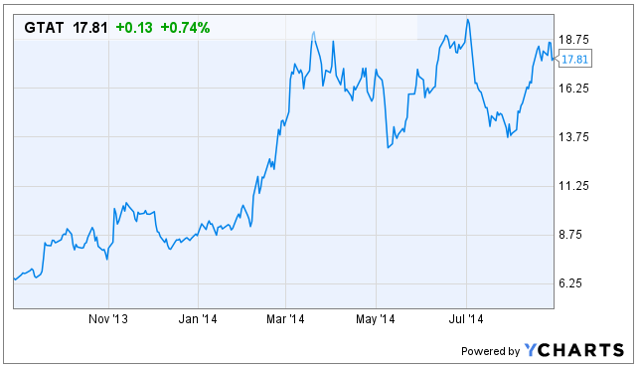