Groupon’s 4Q Earnings Could Be A Positive Catalyst For Shares, Says Deutsche Bank

In a research note released Tuesday, Deutsche Bank analyst Ross Sandler maintained a Buy rating on Groupon Inc (NASDAQ:GRPN) with an $8 price target, ahead of the company’s fourth-quarter report, which is scheduled for Thursday, February 12th at 5 PM ET.

Sandler noted, “Groupon largely remains a controversial name in consumer internet, with shares down 34% in 2014, and only up 1% since the November analyst day. We expect Groupon’s 4Q earnings to serve as a positive catalyst for shares, with the one-two punch of solid billings and a potential announcement around its Korea strategic initiatives. Our checks, and 3rd party data, both point to upside to North America billings and GP, and slightly lower than trend-line growth in international (largely from FX).” 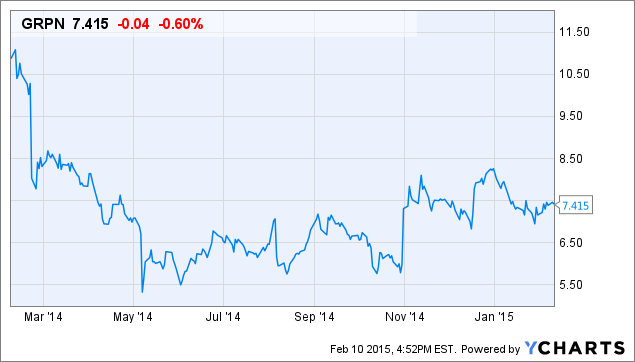