Vleeschhouwer noted, “The general session and news on the first day of the annual MAX conference underscored that Adobe continues to excel at the science of design – supplemented as well now by its offerings for the integration of the processes of design (plus of course the deepening bi-directional connection to the Digital Marketing side of the business). The product announcements and demonstrations were coherent with (a follow-up to) the roadmap and intentions given at MAX 2013 (when Adobe stated it would be “aggressive” on the creative workflow) and at the Digital Marketing Summit in March 2014 (previews of multiple mobile apps that would complement the desktop apps). While new apps and “ARPU-enhancing services” are somewhat difficult for the time being to quantify or estimate precisely the incremental effect on revenues and other metrics, the clear intent of the new mobile apps and services is to drive subscriber adoption, subscriber retention, and ARPU.” 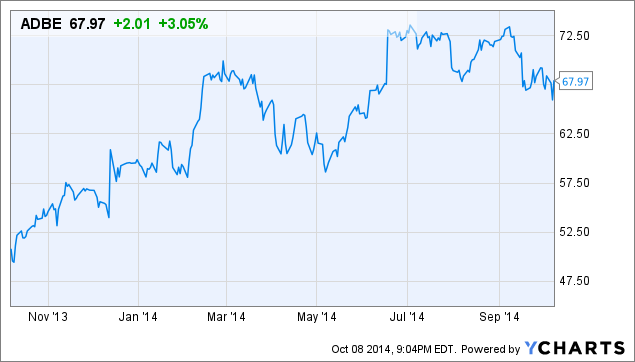