In a research report released today, Oppenheimer analyst Andrew Uerkwitz maintained an Underperform rating on shares of GoPro Inc (NASDAQ:GPRO) with a $45 price target, as WSJ’s reported that GoPro plans to launch consumer multi-rotor helicopters with HD cameras in late 2015. The company has neither officially confirmed nor declined the report.

Uerkwitz wrote, “In our Holiday Guide published last Tuesday, we said we see drones as the hottest topic for 2015. We believe that drones will cultivate multiple high growth markets and a potential drone product can well complement GPRO’s cameras. However, we expect no substantial financial impact from a GPRO drone given the highly competitive nature of the market and very specific market positioning (consumer camera drone). In sum, while we like the idea of a GPRO drone product, our bear thesis on GPRO is unchanged.”

The analyst concluded, “While drones make the most sense to us for GPRO’s product portfolio, we believe they will not present significant upside to its top line, given the limited market size and GPRO’s lack of expertise in the market.” 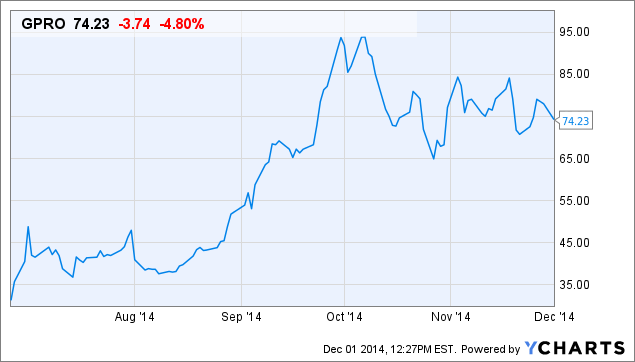