Schackart continued, “We continue to believe Google shares should outperform the market as it is positioned to capture a disproportionate amount of transitioning mobile advertising dollars. We also believe brand advertising via digital video may inflect in the next couple of years, allowing YouTube to address the $70 billion U.S. television advertising market”. 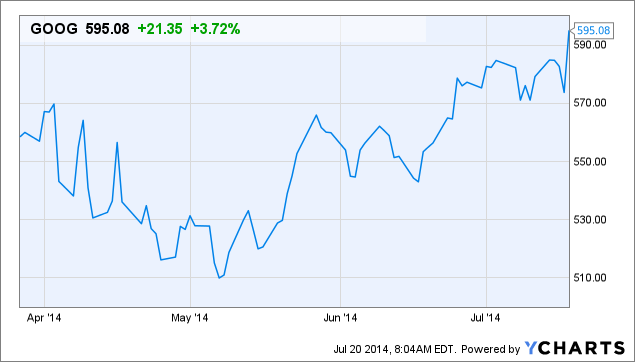