Goodrich Petroleum Maintained With A Buy At Canaccord

In a research note issued today, Canaccord analyst Stephen Berman maintained coverage with a “Buy” rating on Goodrich Petroleum (GDP), and a price target of $33.00 a share.

Goodrich noted, “We like GDP for its leverage to liquids-rich plays, particularly the emerging Tuscaloosa Marine Shale (TMS). No company is more levered to the TMS than GDP, which has over 300K net acres. The company is making good progress in breaking the completion code of the TMS, and we believe its potential upside is too great to ignore”.

According to TipRanks, which measures analysts and bloggers success rate based on how their calls perform, 5-star analyst Stephen Berman, who covers GDP, currently has a one-year average return of 21.2% and a 76% success rate. He is ranked #306 out of 3112 analysts. 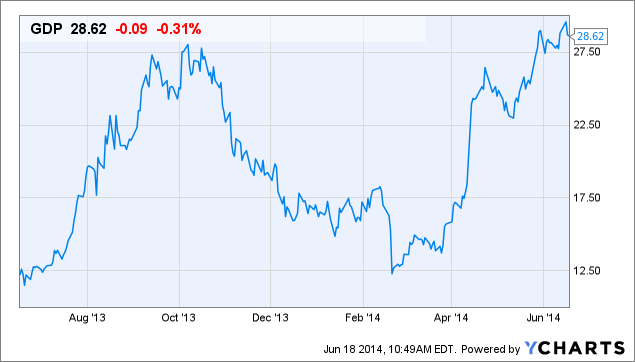